www.glasvegas.net goes live just as the band announce the pre-order of the much anticipated album 'Later...When The TV Turns To Static'.

We're super excited to finally see the design work we've done with the band for the new album get out into the world. The website has been a thrilling project to work on, once again teaming up with web dev masters SteadyGo giving us another cracking project for our portfolio. 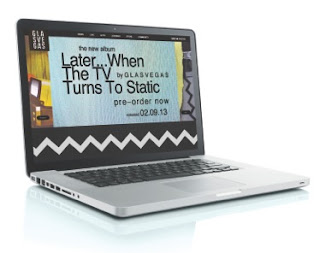 'Later...When The TV Turns To Static', will be released on 2nd September via BMG, and will be available as a Deluxe Almanac Edition / Heavyweight Vinyl / Standard CD as well as a Deluxe and Standard Digital download.

www.glasvegas.net
Posted by reflexblue at 14:10
Email ThisBlogThis!Share to TwitterShare to FacebookShare to Pinterest